Find out what's next... Read the blog

Threshold is governed by a DAO and is a three-pronged system: the Token Holder DAO, Staker DAO and Elected Council. Each of these holds the other two accountable, and they each hold separate responsibilities that are embedded in the governance structure. 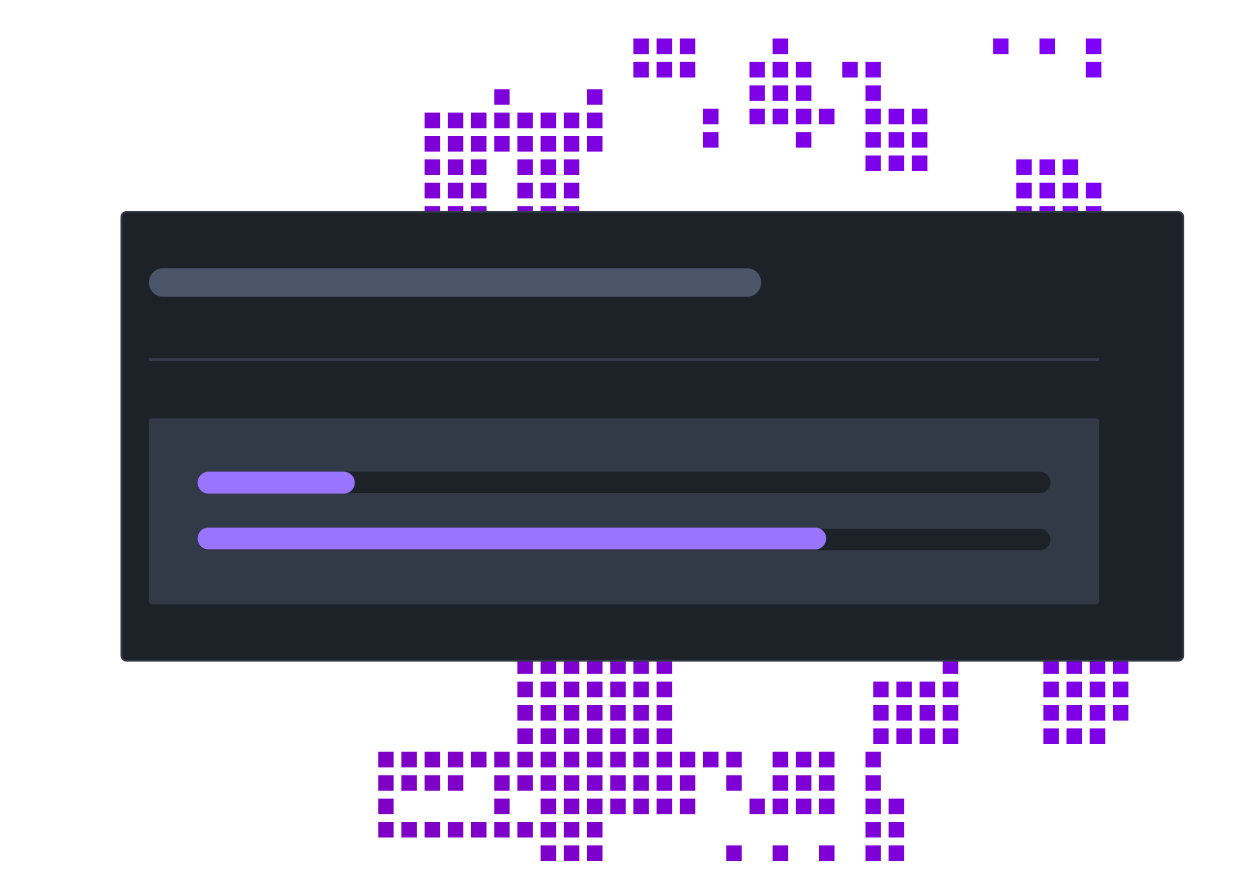 Parts of the DAO

Members of the Staker DAO are exclusively stakers. Get started below voting on staker proposals.

Out of NaN Circulating Supply

*TLDR* If passed, this proposal would see the Threshold protocol mint 265m T tokens, of which the Council will distribute approximately half on July 15th. The sum distributed, and therefore withdrawable, will depend on the average staking rate between June 1st and July 15th. Every stake associated with a functioning PRE node will grow by 15% APY (~1.81% over 44 days is the maximum yield in this era), and those that confirmed their node before June 1st will also earn a 3% one-off bonus. *Context* We’re arrived at a historic juncture in Threshold network history; the first DAO vote. All holders of the T token are eligible to validate (or invalidate) this proposal, provided they have set a delegatee address – you can <[delegate](https://stake.nucypher.network/manage/delegate)> to yourself or an address controlled by another entity if you prefer. The proposal itself is also of great consequence; if passed, the protocol will mint the first batch of T-denominated rewards – an essential subsidy reserved for <[confirmed](https://dashboard.threshold.network/overview/network)> Proxy Re-Encryption node operators. The reward model is also be a first for the blockchain industry – the sum of rewards distributed will be proportional to the sum of collateral deposited. First approved by the NuCypher & Keep communities in late 2021, the <[Stable Yield](https://forum.threshold.network/t/tip-3-threshold-network-reward-mechanisms-proposal-i-stable-yield-for-non-institutional-staker-welfare/82)> design is finally making its debut and will target a minimum annual yield of 15% for all participating stakers. Besides reducing the variance in income, thereby optimizing economic conditions for smaller stakers in particular, the Stable Yield mechanism additionally mitigates against over-rewarding early adopters when the staking rate is low. By distributing the least number of tokens required to fulfill a target yield, downward pressure on the token price is minimized, to the benefit of all stakeholders. *Network stats* There is approximately 2.67 billion T staked out of a circulating supply of 10 billion – i.e. a staking rate of 26.7%. This collateral was staked by about 200 addresses, ~90% of whom have functioning PRE nodes. As approved in last months Interim Era Incenctive Scheme <[snapshot](https://snapshot.org/#/threshold.eth/proposal/0x2e07e81d2ff197875ab3daeb1d963d5a4794f7afa40ee31562c44c017415f603)>, the target yield is 15% APY. This daily accrual is in addition to the 3% one-off bonus for stakers who successfully spun up their node before June 1st. *Minting sum method* During the interim era, stable yield reward distribution will work as follows. The DAO will mint a sum of tokens large enough to cover a ‘ceiling’ staking rate scenario. We define and compute the ceiling in the following way: (a) taking each staking rate data entry – from first day it was possible to stake on Threshold until today, (b) computing the third standard deviation from the mean staking rate during this period, and (c) adding this outpuy figure to the current staking rate. Note that this ceiling can be considered to be the highest staking rate that falls within reasonable realms of possibility, within the next 6 weeks – i.e. before the first distribution on July 15th. If the staking rate increases beyond this, before then, another token-holder DAO vote and mint must be held to make up the missing amount. Once the tokens are minted, the Council will then separately calculate and distribute an exact sum of tokens, such that every stake grows by the 15% target rate. The Council will withhold excess tokens, the presence of which are unavoidable given the uncertainty of the staking rate. **Despite being minted, these excess tokens will not be liquid or sellable, and will likely be used for the next distribution.** Walking this through with the numbers: 1. The next token distribution occurs on July 15th, which is 44 full days of staking and node operation, from June 1st. 2. The target stake growth in this time is: (15% / 365) * 44 = 1.81%. 3. Including the one-off bonus, this is: 3% + 1.81% = 4.81% 4. The staking rate is currently 26.7%, which means the sum of tokens required to universally increase all stakes by 4.81% is: (4.81% * 10bn) / 26.5% = 128.4m T 5. The ‘ceiling’ staking rate is computed to be 54.6% following the methodology above – three standard deviations of the historical staking rate (mean), added to today's staking rate. 6. Applying the same calculation in (4) but inputting the ceiling rate, the sum of tokens required to deliver a 3% bonus plus a 15% annual yield to all stakes would be 262.5m. 7. Rounding up, this proposal therefore suggests that the Threshold DAO mint **265m T tokens**. Note again that *only half of these are likely to be distributed,* unless the staking rate more than doubles in 6 weeks. The rest will be withheld by the Council and are not made liquid or withdrawable. *Yield on a stake-by-stake basis* From an individual staker’s perspective, the ongoing growth in one's stake is calculated as follows: **r = (s_1 * y_t) * t / 365** Where; **r** is the cumulative yield that one's stake has accrued, expressed as a percentage growth **y_t** is the target annual yield (15%) **s_1** is one's stake size on the first day of staking **t** is the number of days that have elapsed since the first day Note that this formula implies that there is no compounding during the interim era. This may change for the launch of the full applications later this year, if this change is collectively approved.
View Proposal

**TIP 29: Threshold DAO funding for the Relay Maintainer v2** **Vote Type:** Token Holder DAO, Snapshot **DAO Elected Representative Sponsor:** Will **Overview:** This is a proposal to request that the Threshold DAO take ownership of the relay maintainer on a timeboxed period of 5 months starting on July 1st. This means monitoring ETH levels on the maintainer and topping up as necessary. **Milestones and Deadlines:** Monday June 20th, 2022 TIP 29 hits the forum Thursday June 23, 2022 TIP 29 moves to a 5 day snapshot If passed, starting July 1st the Threshold DAO will be responsible for upkeep of the relay maintainer **Who is Involved:** This proposal directly involves Keep, the Threshold Treasury Guild and the Threshold Council. Furthermore, this proposal nominates Ben (ZeroInFo56) to take lead on monitoring ETH funds in the relay maintainer and keeping the Treasury Guild up to date with said information. **Why:** The relay maintainer is a public good. Up to this point the Keep team has burdened the cost. Moving this cost to the DAO allows Keep to allocate resources more impactfully which will ultimately positively impact the DAO and the protocol. **Detailed Summary:** Community discussion on this topic leading up to this proposal occured in the #governance channel on Discord, at multiple DAO meetings and on the first TIP-28 proposal on the forum. Starting with the month of July the Threshold DAO will take ownership of the relay maintainer for a timeboxed period of 5 months. Specifically, the Threshold Treasury Guild will be responsible for executing top ups on the maintainer in ETH. In the past, the maintainer has been topped up on a 2 week candece. However, the Threshold Treasury Guild can determine its own top up cadence. 5 months was chosen as a timebox period because that lines up with the timeline for launching tBTC v2, the new relays, and the projected timeline for fully sunsetting v1 where the current relay isn’t needed any longer. The total cost per month is variable but breakdown of the cost for previous months is: ![|624x260](upload://AgCiJc0TD0B3YMCLcAExxG7p0jp.jpeg) This proposal calls for transfer of ownership on the relay maintainer to occur starting in July so that there doesn’t have to be backtracked ETH refunds for the month of June which introduces cost conversion complexity that the DAO expressed a desire to avoid. I appreciate support for this proposal. **Further Links:** https://etherscan.io/address/0xcb6ed7e78d27fdff28127f9cbd61d861f09a2324
View Proposal

This will be a running thread of Threshold Marketing Guild proposals that have been elevated by at least one member of the Threshold Marketing Guild Committee(TMGC). If you have a marketing proposal for the TMGC to consider please start by posting it in the #Marketing-Guild channel on the Threshold Discord. In order for a proposal to move to the forum a member of the committee will need to nominate your proposal and move it onto the forum. Once on the forum the proposal will be considered and voted on by the TMGC at the following week’s meeting. The TMGC will then notify the proposal author of the outcome of the vote by recording it on the Threshold forum. If you have questions on this process please join us on Discord: https://discord.gg/threshold
View Proposal

This guild markets Threshold, grows network contributors, educates on the value of Threshold, onboards new members to the DAO and more.

This guild develops DAO to DAO relationships for Threshold and creates partnerships for the network with a current focus on tBTC v2 opportunities.

Do you own KEEP or Nu and want to participate in Threshold Goverance?

Migrate your tokens to T so you can take full advantage of the Threshold DAO. 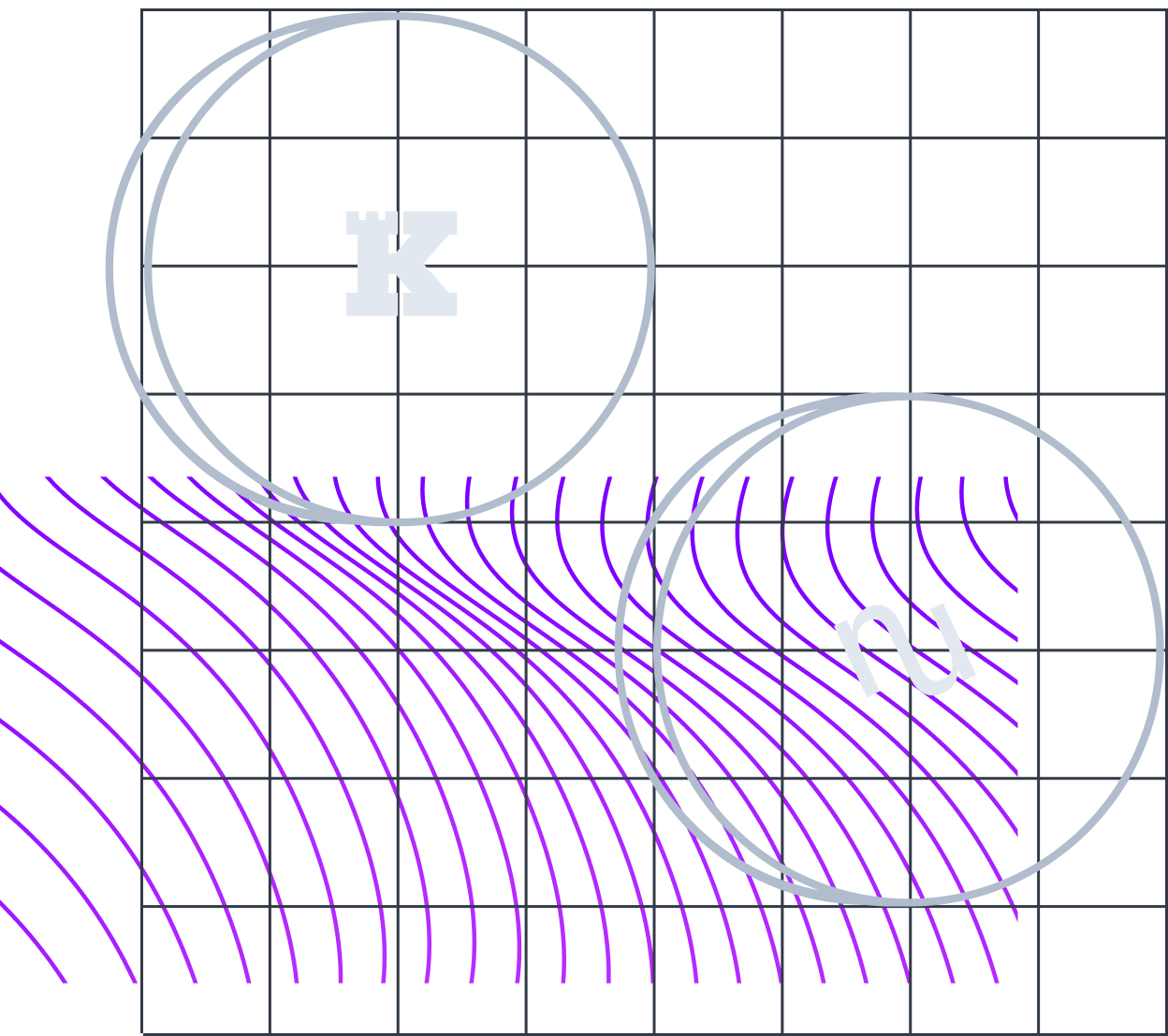